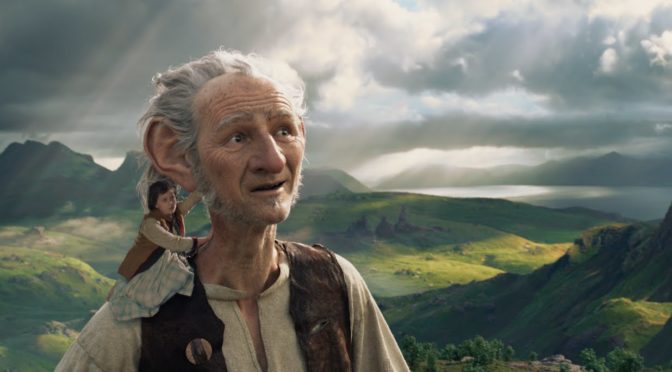 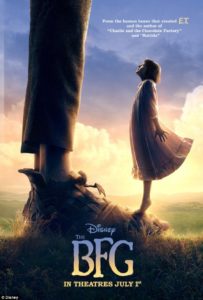 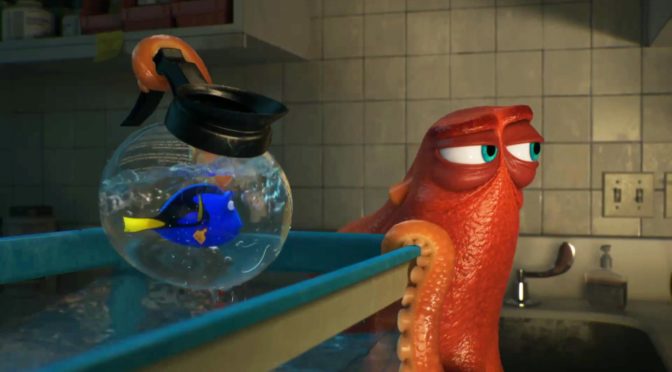 I have an interesting relationships with Pixar movies as I’m sure most adults my age do, even if they aren’t as honest about it as I am. Some of them tear me apart — ahem, “Toy Story 3”, “Inside Out” and the first 15 minutes of “Up”. Others are just kinda ‘meh’ — looking at you “Brave”; or dumb — that would be you “Cars” and “Cars 2: Why is there a Sequel”.

But here’s the thing about “Finding Nemo”: I never really cared about it one way or the other. Sure, I loved the animation, but I just never connected emotionally to the characters or the story the way I have with others. And full disclosure, thought Dory was kind of annoying. She was actually my least favorite part of one of my least favorite Pixar movies. So a sequel that focuses on her? YAY.

Here’s the thing, in “Finding Dory“, the Pixar creative team, being the wizards they are, not only manage to make her more likable, they find a way to turn her her ailment into a sympathetic crutch…and it almost makes for a better movie. Where “Nemo” played Dory’s forgetfulness as a joke, the sequel plays on her difficulty in living with short-term memory as a disability.

In “Finding Dory”, Dory (Ellen Degeneres) suddenly begins to remember clues that trigger memories of her parents and how at one time, she had been search for them. So, her adventure is setting off to find them, which has Marlin and Nemo tagging along in an attempt to bring her home. Her search becomes more than a quest for her parents, but a journey of self-discovery, and all that jazz.

Oddly, the movie is a lot more fun when Dory is kicking it the supporting characters. She spends a lot of her journey with a squid named Hank (Ed O’Neil), who wants to escape to Cleveland and they have great chemistry — or at least as much as a cartoon fish and squid can have.

The film really picks up when Dory gets to a rescue, rehab and release center, where she meets Destiny, a pen-pal shark with a vision problem (Kaitlyn Olsen), and a whale in need of channeling his eco-location purpose (Ty Burrell). But my favorite are the cockney sea lions (Idris Elba and Dominic West). Can we get a spin-off about this place? I’d be down for that.

But, despite all of that, the story drags on far too long, testing the patience of some of the younger children in the audience. And it feels long, especially during a final act set piece that feels tacked on to give Marlin and Nemo a purpose. Unfortunately, you could have easily cut them completely from the movie and had a tighter film with a clear focus.

Yes. The film looks incredible. Is there any doubt there? The Pixar animation team once again has outdone themselves. This is the rare movie when shelling out a few extra bones for the 3D up-charge is well worth it.

The good news is, even though “Finding Dory” feels like more of the same from Pixar, it’s still a pretty satisfying flick. Again, it doesn’t hit all the emotional feels that a great Pixar film does, but the animation is amazing, the characters are fun, and the story hits some surprising chords that will mean more to the kids as they grow up.

Photos and video property of Pixar and Walt Disney Pictures 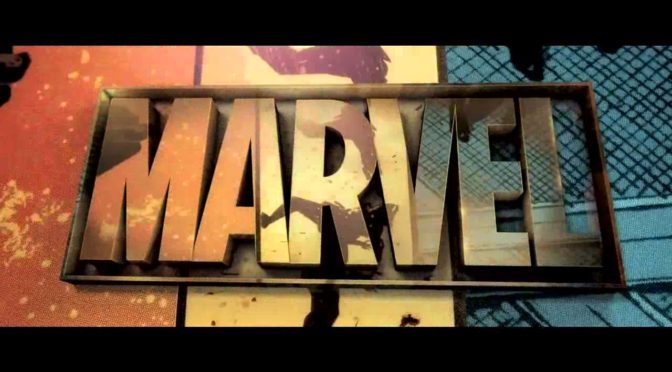 May 5: GUARDIANS OF THE GALAXY vol. 2

May 4: AVENGERS: INFINITY WAR pt. I (to be retitled)

July 6: ANT-MAN AND THE WASP