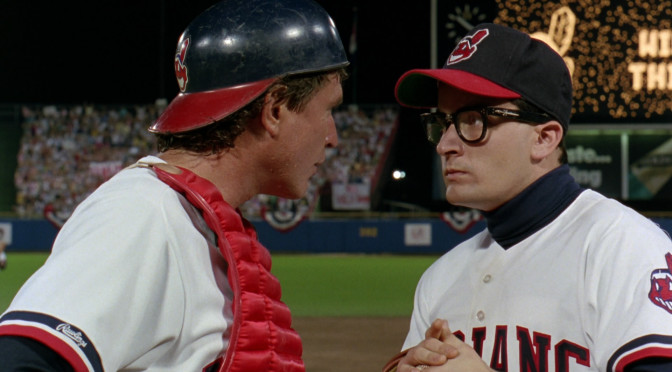 Welcome to the first ever HOOLIGAN MOVIE MADNESS tournament. The theme of the inaugural tournament is going to be SPORTS movies. We will be hashing out a champion during the next episode of Tim and the REEL Hooligans.

As you can see, we have 4 regions, named for the 4 big themes from sports movies: Skippers, Legends, Underdogs, and Rivals. To kick things off, we have four 16 movie regions, with a number one seed for each. The number one seeds here are HOOSIERS (Skippers), THE NATURAL (Legends), CADDYSHACK (Rivals), and ROCKY (Underdogs).

Here’s how this will work. We are starting with a 64 movie field. Half of each region will “eliminated” before the show. Tim will choose 28 movies for the tournament, leaving one spot in each region to be filled by our Reel Hooligans panel to round out the 32 movie bracket.

On the day of the podcast, it becomes a single elimination scenario. Tim and the Reel Hooligans will vote through each match up and each round until there is a winner.

Below is the 64 team field for the Hooligan Movie Madness tournament. If a movie has been left off, let’s just say they had a bad season and missed the tournament, okay? (For example, LET IT RIDE isn’t there because I’m a moron; or THE PROGRAM isn’t there because…who cares?)

The next episode of Tim and the Reel Hooligans will be available on April 11th!