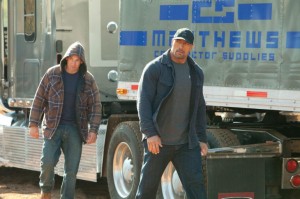 Since appearing in “The Mummy Returns” thirteen years ago, Dwayne “The Rock” Johnson has done his best to break the mold of a new age Schwarzenegger and Stallone in trying to become not only an action star but a credible actor. So far, he’s managed to become one of the hardest working and charismatic actors in Hollywood but has done a pretty wide range of films. “Snitch” is yet another attempt to broaden the appeal of The Rock and allow him to flex his acting muscles.