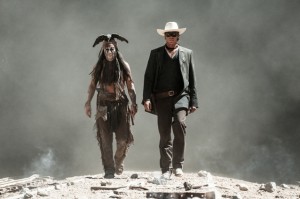 Growing up, I loved the Lone Ranger. I just thought it was cool for a cowboy to wear a mask and run around with an Indian seeking justice. I’ve always loved westerns, it’s really too bad they have dropped off the popularity chart. So, I was pretty pumped when I found out they were doing this new big screen adaption of “The Lone Ranger”.

Who says movies are played out by the time part four in a series rolls around?  While this may be true for some movies– Indiana Jones maybe?– I can point to James Bond and Harry Potter as movie characters that have endured well beyond the trilogy curse.  Despite what most critics would have you believe, I think its safe to put Jack Sparrow on that list as well.  Oh excuse me– Captain.  Captain Jack Sparrow.  Savy?

END_OF_DOCUMENT_TOKEN_TO_BE_REPLACED

So I figured if I’m gonna write the good, I’ve gotta write the bad.  By doing this, I realized two different things.  One, I didn’t see shit for movies last year and I still saw a lot of crappy fucking movies; and Two….I guess that’s it, I saw a lot of crappy movies.  When I did my epic 100 Movies I’ve Never Seen Before list over the summer, I saw only a handful of new releases, and yes some may be included on this list…

Tim’s “Worst-Of” Two Thousand and Ten, in no particular order:

That’s all folks, I’m sure there were some other suckers but let’s not dwell on the past.  Instead we should look forward to what sucks about 2011.  Have you seen the Green Lantern trailer?  I can’t get a feeling on that one yet.